The training is conducted not only by the Department's staff, but also by employees, professors and researchers from three branches of the Department, organized at the Institute of Physics of the Earth, RAS, VNIIGeoeophysics, the Institute of Geoecology RAS, as well as by specialists from other geophysical organizations. The Department teaches up to 50 general and special training courses for undergraduates and graduates of various specialties, among them "Introduction to geophysics", "Geophysics for geologists", "Gravity prospecting", "Magnetic prospecting", "Electrical prospecting", "Field theory", "Incorrect problems of geophysics "," Theoretical fundamentals of geophysical signals processing "" Petrophysics "," Nuclear geophysics","Complex geophysical methods " and others.

Among the textbooks issued by the Department, the most famous one is the course "Exploration geophysics", published in 1964 and 1967 by V.V. Fedynsky. This outstanding scientist, corresponding member of the USSR Academy of Sciences, for more than 20 years, headed the geophysical service of the Soviet Union and did a lot for the development of Russian geophysics and expert training. Other noteworthy textbooks and manuals published by the Department members include: "Electrical exploration" (A.I. Zaborovsky), "Geophysical methods of research" and "Fundamentals of engineering geophysics" (A.A. Ogilvy), "Gravimetric studies of the Earth's oceanic crust" and "Marine gravity prospecting"(A.G. Gainanov), "Basic course of electrical prospecting", "Electrical exploration","Short course of exploration geophysics" (V.K. Khmelevskoy), "Geoecological survey of oil industry enterprises" (V.A. Shevnin and I.N. Modin).

Scientific research of the Department is aimed at the development and interpretation of electro-, gravity-, magnetic methods on land and water areas in relation to deep, structural, oil and gas, engineering-geological, hydrogeological, technogenic and ecological research. Employees of the Department have taken part in dozens of expeditions, both at sea and on land, in many regions of Russia and abroad.

Over the years, a number of scientific schools have been formed at the Department. Launched in 1949 under the leadership of prof. V.V. Fedinsky, marine gravimetric and hydromagnetic studies involved regular expeditions to the Atlantic, Pacific and Indian oceans and work in the White, Barents, Caspian, Black, Mediterranean, Okhotsk, Bering Seas, as well as off the coast of Antarctica. At the same time, methods were developed for computer processing and interpretation of the results of gravimetric and magnetic observations together with satellite data, which allowed building maps of the structure of the Earth's crust and lithosphere for large areas of the World Ocean. The School of Marine Geophysics at the Department is the first of its knid in Russia.

Prof. M.N. Berdichevsky is the founder and leader of a deep geoelectric science school that develops the theory and interpretation of magnetotelluric methods under conditions of heterogeneous geoelectric sections. Deep (up to 100 km) geological and geophysical sections have been built for individual geotraverses and for a number of profiles in the Moscow syneclise, the Northern Caucasus, the Volga region, the Kirghiz Tien Shan, the Baikal Rift, in Yakutia, the subduction zone of Juan de Fuca (USA) and others. Usually such sections serve as a basis for the search for minerals. Thus, back in 1958-1961. with the help of magnetotelluric methods, deep electromagnetic anomalies were discovered and studied — the research that involved current professors M.N. Berdichevsky and V.A.Bogoslovskiy. Later, the largest Urengoy field of hydrocarbons was discovered there by seismic exploration and drilling.

Created by prof. A.A. Ogilvy, the Scientific School of Engineering and Environmental Geophysics unites specialists who deal with both theoretical issues and the development of methods for interpreting selected shallow geophysical methods, as well as issues of methodology, technology, and practical application of geophysics in solving hydrogeological, engineering-geological, geotechnical, archaeological and ecological problems. The developed methods of shallow electrical prospecting have been actively tested in a number of areas of the Russian Plate, Mosbass, Donbass, Crimea, Ciscaucasia, Kazakhstan, Western Siberia, Magadan Region, Chukotka, and also abroad (Cyprus, Turkey, Mexico, Madagascar, France, Poland, etc. .)

Features of training students in the geophysical direction are as follows:

1. In the first three years of study, the curriculum for all students of geophysics is common. In the fourth year, bachelors are divided into profile training groups in the areas of "deep and shallow geophysics" and "seismic prospecting";

2. The main feature of the curriculum for the training of bachelors-geophysicists is a large volume of mathematical disciplines (8-10 hours per week for the first three semesters), the availability of a number of basic training subjects (physics, computer science, geological and geophysical disciplines, humanitarian courses, including a foreign language), a variety of special courses, including elective ones;

3. After the completion of a four-year bachelor's programme, the best students who wish to continue their studies can enter the Master course in the areas of "shallow and deep geophysics" and "seismic prospecting";

4. Students acquire skills of independent field work in the course of two general geological field workshops and two training geophysical workshops within the bachelor's programme, and one specialized workshop in the master's programme. They also have a two-month production internship after the third year of master's programme. Geological training workshops for the students of 1-2 years take place in the Crimea on the basis of the Faculty of Geology, and geophysical training workshops (the students of 2-3 years of study) - in the Ugra National Park in the village of Aleksandrovka (Kaluga region, Yukhnovsky district), where the educational and scientific geophysical base of the Moscow State University with all necessary infrastructure, is located. In addition, students wishing to specialize in the field of marine geophysics take part in marine geophysical training workshop in the White Sea on the basis of the biowaste station of Moscow State University. During the winter student holidays, additional optional geophysical workshops are organized for the students of 1-6 years of study;

5. Senior students participate in research work carried out under the guidance of leading teachers and professors of departments.

Graduates of our departments work in Russia and abroad in scientific, scientific-industrial and production organizations, where good geological-geophysical, physical-mathematical and computer training is required. 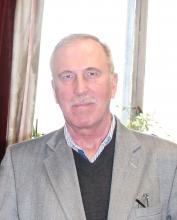